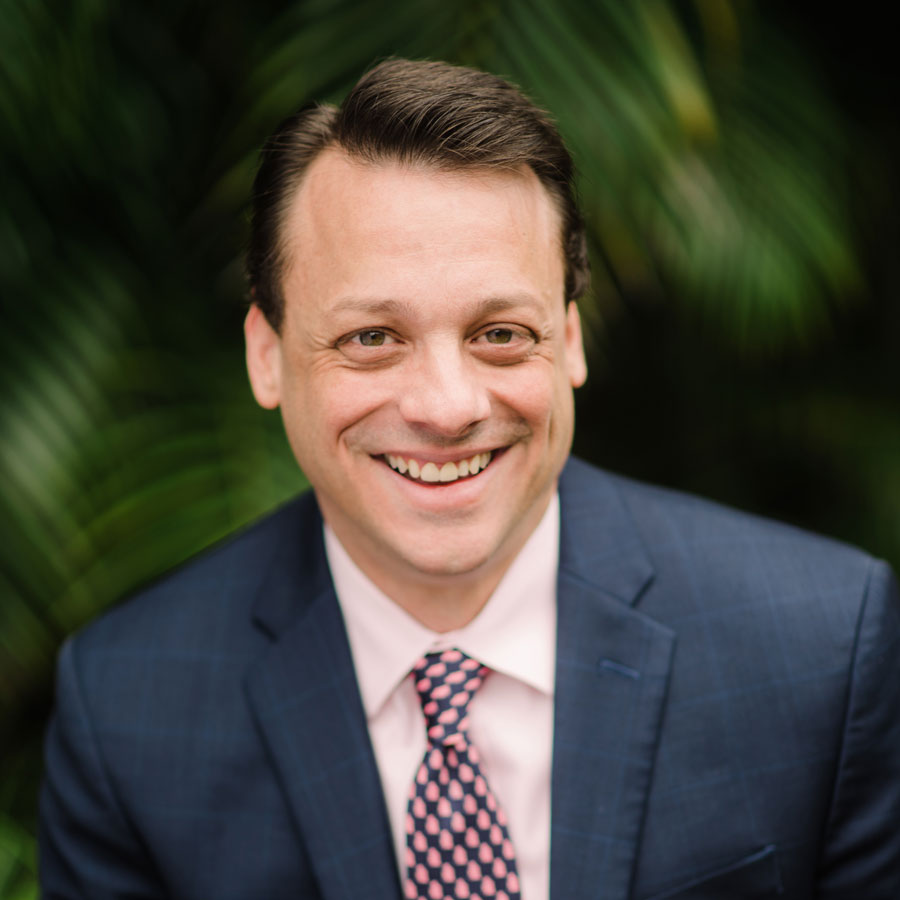 Mr. Johnson has served as Chief of Staff to two Florida Congressmen from Palm Beach County and the Treasure Coast: Robert Wexler (D-Boca Raton) and Patrick Murphy (D-Jupiter). While on Capitol Hill, he also served as an advisor to Rep. Wexler on the Foreign Affairs Europe Subcommittee. Johnson serves as the political consultant to Florida Cabinet member Nikki Fried, Florida’s Commissioner of Agriculture and Consumer Services and the only Democrat to win statewide in 2018. After her election, he was appointed to serve as the executive director of Ms. Fried’s transition team.

Through his company, Johnson Strategies, Mr. Johnson is a highly respected political consultant. He serves as a political advisor and media consultant for clients seeking election and reelection at the local, state, and federal levels. He also has experience with statewide ballot initiatives and corporate projects.

Mr. Johnson draws from a wealth of political experience, having also served as a top advisor to the Florida Chairman of Barack Obama’s presidential campaign in 2008; as Political Director of the Florida Democratic Party; and as Chief of Staff to former Florida State Senator Tom Rossin.

Through his leadership, Johnson Strategies is committed to building outreach initiatives, facilitating partnerships, and lifting up the next generation of leaders and organizations. The company has amassed experience in addressing public affairs challenges and managing strategic communications and has worked with national political leaders, Fortune 100 companies, associations, and nonprofits. 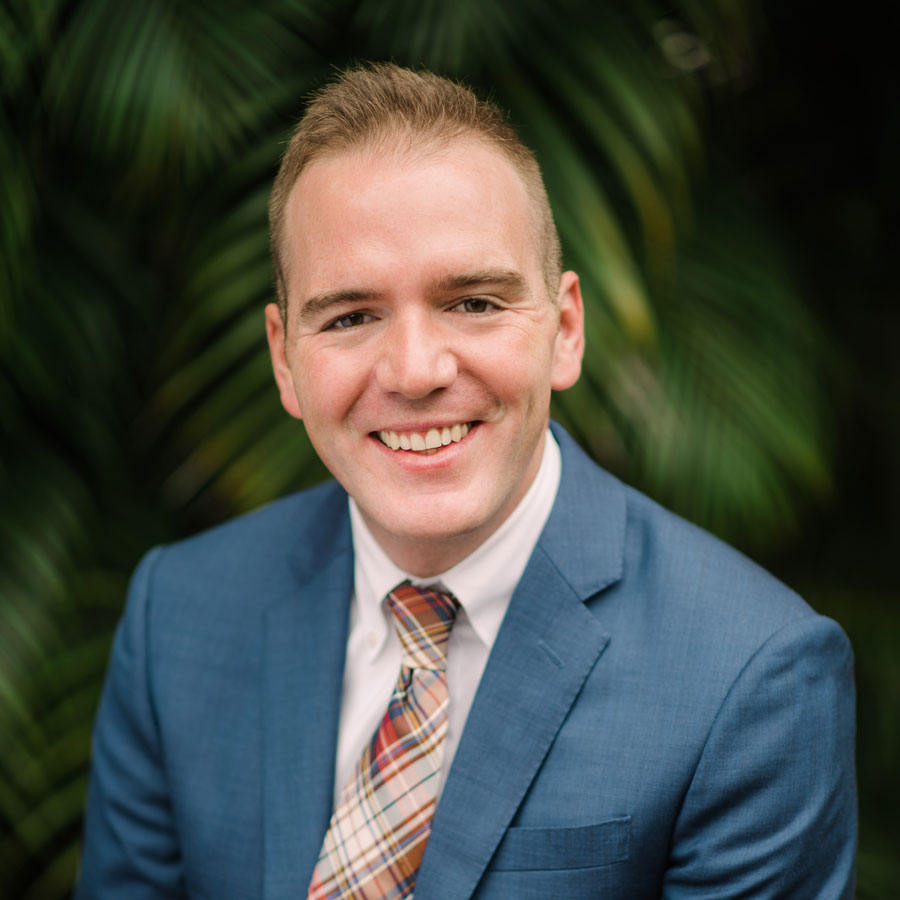 Brendan Olsen has spent the last decade working in government and on campaigns across the country. He began his career in 2010 as an associate of advance with the White House. In this role, he helped plan and execute domestic and international presidential trips and events, including the 2011 G20 Summit in Deauville, France. He functioned as a liaison between the Secret Service, various federal agencies and departments, the White House press corps, and local media outlets.

In 2013, Mr. Olsen accepted a position as deputy finance director with Gwen Graham’s congressional campaign in Florida. He worked with the larger finance team to outline and accomplish aggressive quarterly fundraising goals, raising a total of $3.7 million in the 2014 cycle and never missing a benchmark set by the Democratic Congressional Campaign Committee. Mr. Olsen managed calltime and donor research, traveled with the candidate, planned events and house parties, and oversaw a robust email fundraising program.

Upon Ms. Graham’s election to the US House in November of 2014, he moved into the roles of director of operations and legislative assistant in her office on Capitol Hill. His responsibilities included overseeing day-to-day operations of three congressional offices (one in DC, two in Florida) with an annual budget of about $1 million; managing the congresswoman’s transportation, budget and appropriations portfolios; and assisting the legislative director with committee work on Agriculture and Armed Services.

In 2017, Mr. Olsen moved back to Florida to become the executive director of the Florida Action Fund in Parkland. In this capacity, he functioned as the primary administrator of a political committee supporting former Yahoo! executive Jeremy Ring’s campaign to serve as Florida’s Chief Financial Officer, a Cabinet-level position in Tallahassee. Mr. Olsen developed and executed targeted strategies to build Mr. Ring’s name identity across Florida and fend off primary challengers. He was successful in these pursuits and also raised approximately $120K in the first six months of an off-year election cycle.

Once Mr. Ring’s campaign officially launched in June of 2017, Mr. Olsen accepted a position with Johnson Strategies. He first joined the firm as a senior associate and was promoted to vice-president in November of 2018. Originally from Massachusetts, Mr. Olsen now resides on Miami Beach. He holds a degree in French Literature from Reed College in Portland, OR. 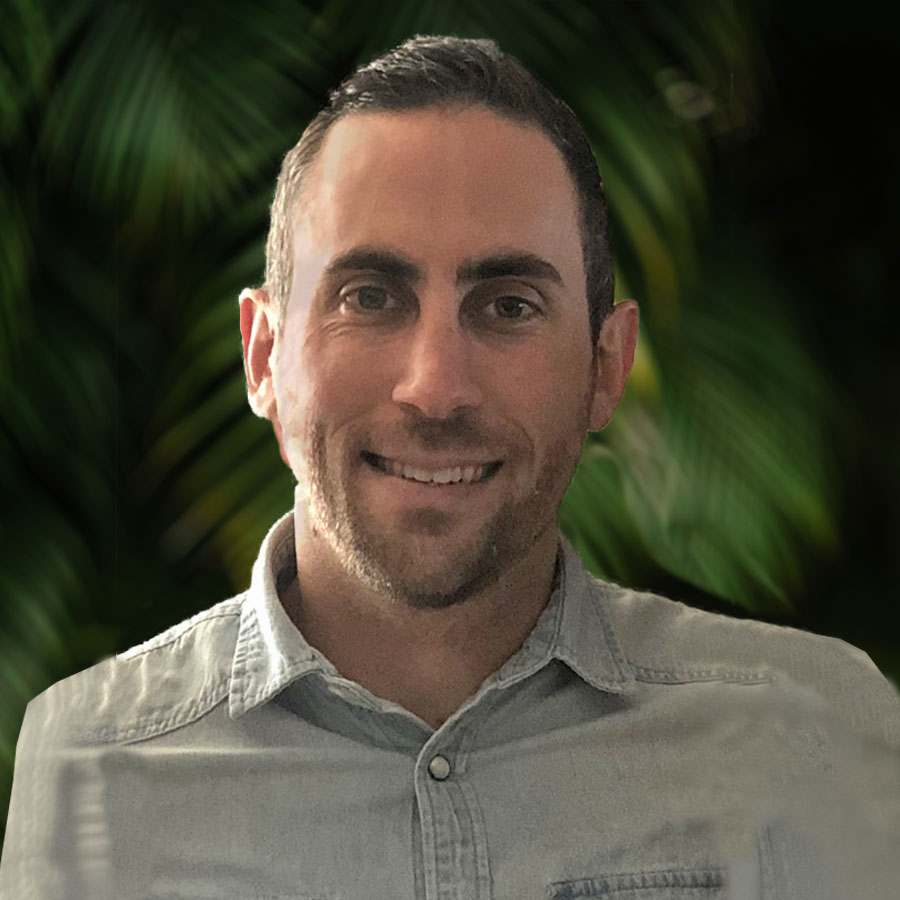 Kosanovich brings nearly a decade of campaign and grassroots organizing experience in the State of Florida. In 2012, Kosanovich served as an organizer on President Obama’s re-election campaign in the greater Tampa Bay area. Following that, he joined Amanda Murphy’s first campaign for State House as field director during a special election in 2013. In this role, he led one of the most effective State House field programs in Florida, scoring Murphy an upset win by 322 votes in a historically red district.

In 2015, Kosanovich joined Hillary Clinton’s presidential campaign in Iowa as a Regional Director. Placed in the western part of the state, he was in charge of organizing 14 counties and contributing to a historic win for Secretary Clinton. Following the Iowa Caucus, Kosanovich landed back in Florida and served as Florida’s Deputy Organizing Director during the 2016 presidential election, a role in which he managed a staff of over 90 people who registered over 260,000 new voters across the state.

Most recently, in 2017, Florida House of Representatives Minority Leader Kionne McGhee brought on Kosanovich to lead Florida House Victory, the political campaign arm of the Florida House Democrats, as Campaigns Director. During the 2018 cycle, Kosanovich ran the first-ever statewide field program focused entirely on the State House. The program led to the largest gains for Democrats in over 20 years as they flipped eight Republican seats and won two of the most hotly contested special elections in the country.

Scott holds a degree in Public Policy from St Petersburg College. He resides in Clearwater, on Florida’s Gulf Coast, with his fiancée Adrienne and their two dogs: Clyde the foxhound and Kevin the terrier. 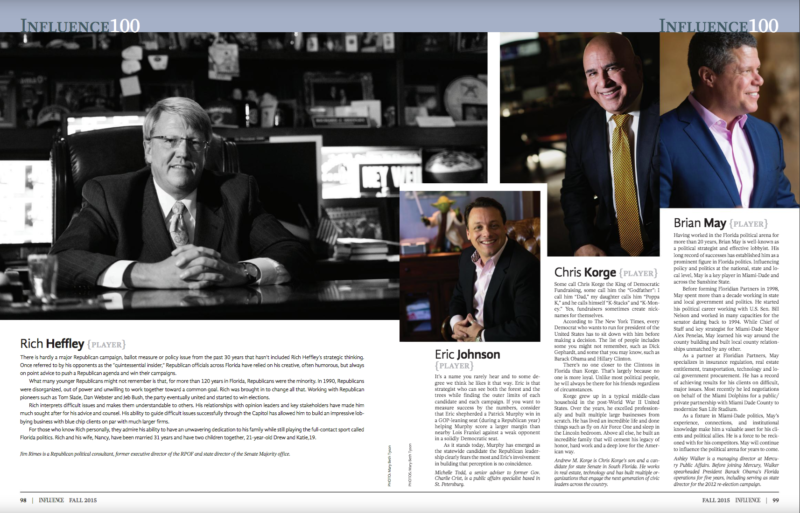 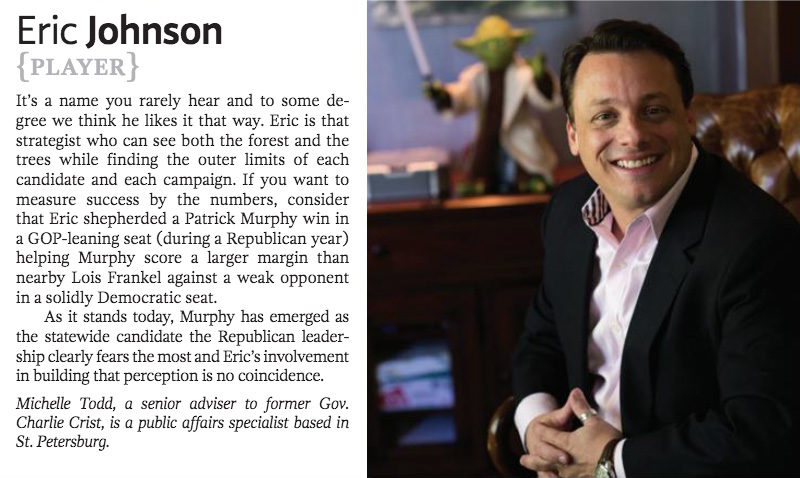 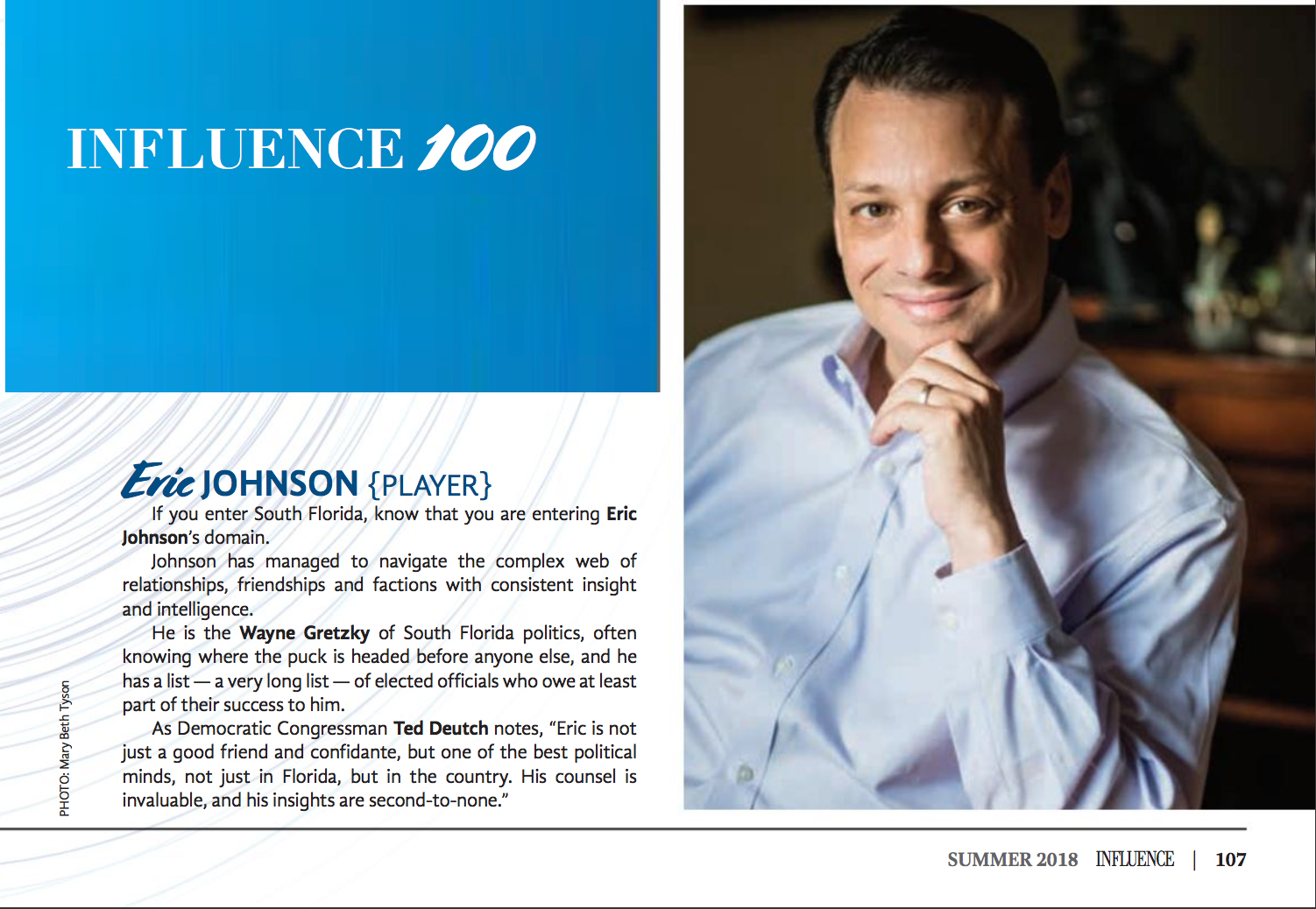 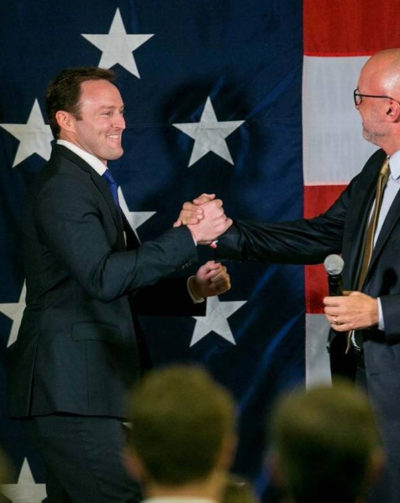 Johnson Strategies can direct and oversee all facets of your campaign and media strategy. We manage multi-million dollar budgets, direct mail, television, digital plans, polling, phone programs, and all of the necessary ingredients for building a winning campaign.

Johnson Strategies can advise on all political, legislative, policy and communication goals – and we will develop initiatives and strategic plans that reflect our clients’ legislative, political and press priorities.

SOME OF OUR CLIENTS AND ASSOCIATES

HOW CAN JOHNSON STRATEGIES SUPPORT YOUR CAUSE OR CAMPAIGN?